Salt is a mineral composed of sodium chloride which is essential for life and one of the basic tastes along with savory, sour, bitter and sweet. Salt is available in a large variety with varying amounts of minerals in them. Some of these are considered to be healthier than others.

So, is salt plant based? Yes, salt is plant based because it does not involve any animal components or dairy. It is a mineral mined from the earth and is safe for consumption in most of its varieties while on a plant-based diet. The only exception is when the production of the salt involves a component derived from animals.

In this post, let us try to learn more about salt and its constituents to find out whether it makes a good addition to a plant-based diet.

Why Salt is Plant Based?

Sea salt, pink salt, table salt and salt substitutes, are all obtained as minerals from the earth’s crust and rarely involve any animal product. This is why it is clear that salt can be consumed on a plant-based diet without any implications.

However, a plant-based diet should focus on low sodium content and recommends flavoring foods with herbs and spices instead of salt during the cooking process. It can still be added to everyday diet in moderate amounts.

What Are The Main Ingredients In Salt?

Salt is generally mined from the earth in the form of a mineral. Table salt generally involves some processing but the additives are often plant-based. Sea salt is obtained from oceans while rock salt is extracted from rock mining. Salt is generally extracted like any other mineral and should be purified before use.

While salt in its natural form does not contain additives and is minimally processed, table salt is generally processed for impurities and is sometimes fortified with other minerals to improve its nutritional value. However, a plant-based diet permits the use of unprocessed salt extracted naturally and consumed without any additives.

A plant based diet consists of foods low in sodium, fat and chloride and high in potassium. It provides anywhere between 400 and 600 mg of sodium from natural sources. As the total sodium intake of an individual should not exceed 1500mg per day, it is acceptable to add ½ teaspoon of iodized or table salt to everyday diet.

Though salt is permitted on a plant-based diet, it is beneficial to limit its intake for health benefits. Too much of sodium can cause kidney problems, hypertension and other diseases and improve one’s overall well-being. Salt contains no calories and has no nutrients, protein, fiber or carbohydrates. Consumption of salt has no nutritional benefits and should therefore be limited.

While salt should certainly make a part of a healthy plant-based diet, it should be consumed in moderation. A plant-based diet should focus on limiting the use of table salt and replace it with unprocessed varieties. You should also avoid the use of processed and packaged foods as they contain a large amount of salt that can interfere with your health goals. 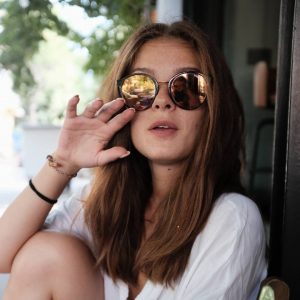